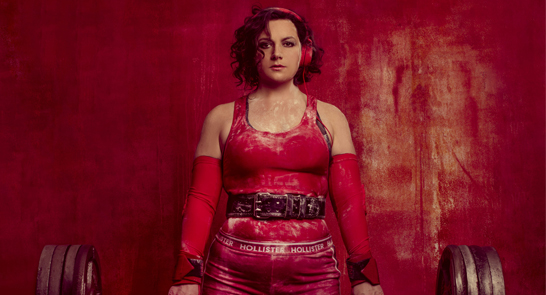 Absolute powershed and regular host of The Guilty Feminist, Jessica Fostekew explores her big strong strength. Have you ever watched a feminist try and take hench as a compliment? Its like watching a snake eat but funny.

In preview, Hench was nominated for Best Show at the Leicester Comedy Festival.

She’s also in forthcoming feature films: Gavin Hoods Official Secrets and Michael Winterbottoms Greed. She writes for 8 out of 10 Cats.

‘Wears her smarts on her sleeve, great’
GUARDIAN