Plus support from Mercutio 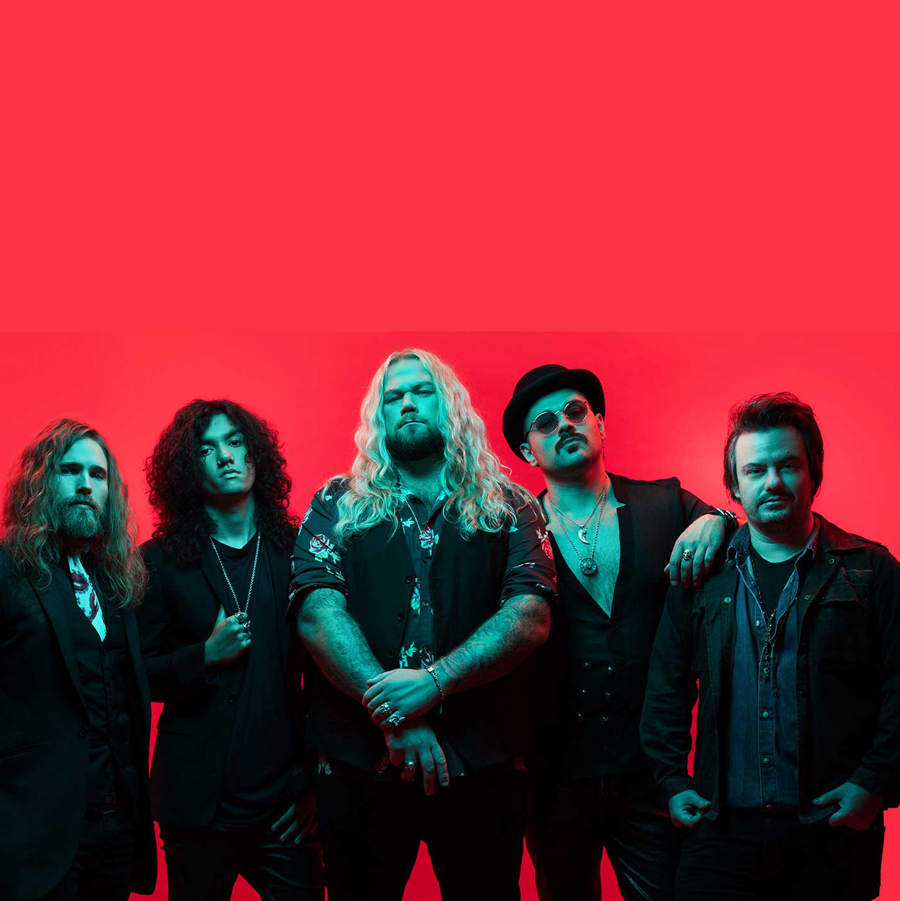 This event was scheduled for Sat 24 Apr 2021 but has been rescheduled to Thu 16 Sep 2021 due to COVID-19. Tickets bought for the original date remain valid.

Inglorious are five young men with a mutual love and respect of the classics of Hard Rock music, big guitar riffs, and soulful vocals. Their influences stem from iconic rock and roll shrine of Rock albums from the 1970s – many years before the band members were born.

The same albums that have inspired generations of musicians and performers are noticeably evident when you listen to the Inglorious debut album. This is the music they were born to play together – inspired by bands in the classic rock genre as diverse as Deep Purple, Led Zeppelin, Whitesnake, Bad Company, Aerosmith, the Rolling Stones, to name a few.

Formed in February 2014, the band is fronted by Nathan James, who made a name for himself having sung for the multi-platinum selling Trans-Siberian Orchestra, and Scorpions guitar legend Uli Jon Roth. Nathan was looking for like-minded musicians that desired to make incredible rock music in a very honest fashion.

Inglorious is composed of the inimitable frontman Nathan James, guitarist Danny Dela Cruz who partners Dan Stevens in an Inglorious dual axe attack, renowned Brazilian bassist Vinnie Colla, and drummer Phil Beaver (who was once  signed to Mick Fleetwood’s label while still at school). A line-up that heralds a brand new era for the rising British stars.

2020 sees the band in the studio for Album 4. In the middle of Lockdown, this is an album they are never going to forget, keeping the 6ft rule, they produced an album of pure quality. Recorded in Cardiff with the renowned producer Romesh Gogandoda this album is at another level. The album is due out early 2021, with a UK tour to follow.