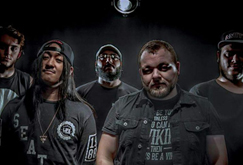 Death Remains are a five piece metal band from all over London who released their debut album Stand.Fight.Believe to critical acclaim in 2013. Death Remains have built quite the following and reputation for their energetic live shows and relentless style of metal.