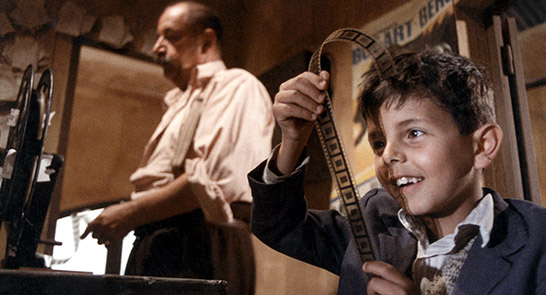 Big Screen In The Park is back for seven nights of outdoor cinema magic in Northernhay Gardens.

Celebrating 30 years since its release, Cinema Paradiso is a nostalgic love-letter to the magic of cinema. Winner of the Grand Prix at Cannes and the Academy Award for best foreign film this is an absolute must-see.

With beautiful cinematography and a magnificent soundtrack, you cant help but fall in love with this film whether viewing it for the first time or simply revisiting it once more on the big screen.

Set in Sicily in the final years before television, when the cinema was still central to a community, Cinema Paradiso unravels colourful childhood memories. Young Salvatore makes the projection box his home from home, supporting the ageing projectionist Alfredo. As the patrons line up faithfully, night after night, for their diet of films without kisses, the boy watches in wonder as Alfredo wrestles with the balky machine that throws the dream-images on the screen.

Travel to Sicily and celebrate the power of cinema to provide a magical place to let your imagination run wild.

‘Breaking through anti-arthouse prejudice with its simple love of cinema, this is worth a look even for those who can’t stand foreign films
EMPIRE

‘Movie lovers will lose their hearts to Cinema Paradiso, not out of nostalgia, but for Tornatore’s vigorous demonstration of the enduring power of dreams.
ROLLING STONE

Please remember to leave your chairs at home this year as they wont be accepted into the park. Take a look at our seating area options to find out more.