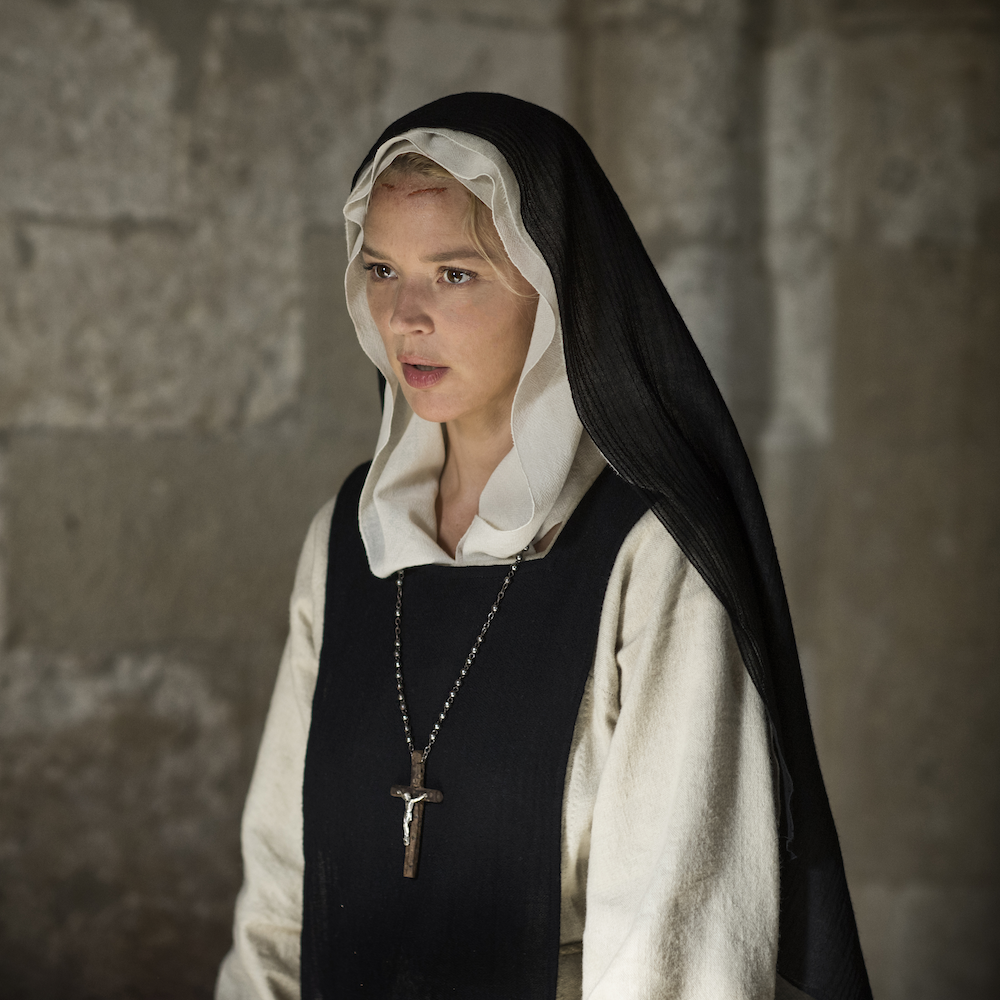 Tuscany, 17th century: As the threat of the Black Death hangs over Europe, a devout young novice, Benedetta Carlini (Elena Plonka), enters a convent. 18 years later, Benedetta (now played by Virginie Efira) begins having blasphemous visions of a naked Jesus that shock her fellow sisters – save perhaps cynical, calculating Abbess Felicita (Charlotte Rampling) – but seize the imagination of the plague-terrified locals. Meanwhile, Benedetta meets with another test of faith; this time the ungovernable desires brought forth by a fiery novitiate (Daphne Patakia) fleeing her violent father.

Drawn from Judith C. Brown’s 1986 book Immodest Acts, a pioneering 1986 study of Benedetta’s gay sexuality and mythology, Benedetta is a lurid, simmering and explicit romp that depicts religious hypocrisy, moral ambiguity and the possibilities of female emancipation in a male-dominated world while questioning – albeit lightly, and through Verhoeven’s unabashed male gaze – whether bodily pleasures really are bad for the soul.