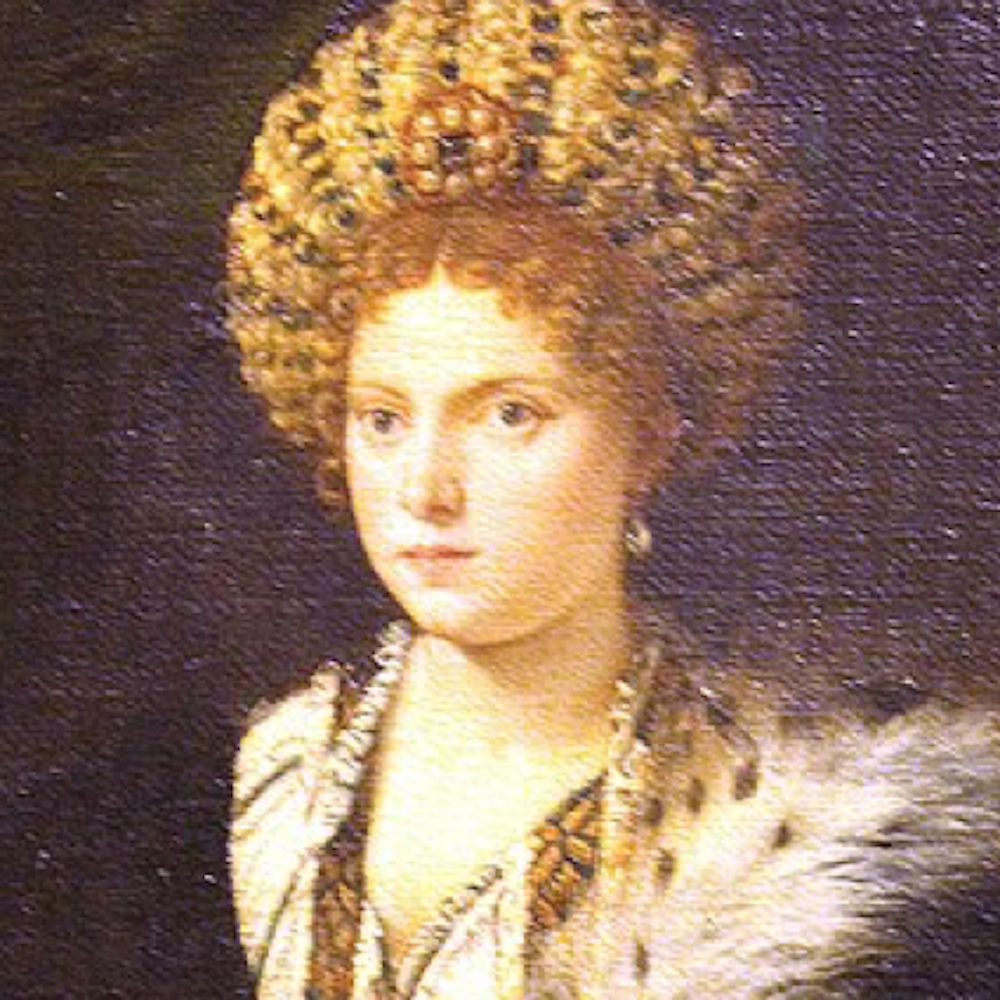 Isabella d’Este (19 May 1474 – 13 February 1539) was Marchioness of Mantua and one of the leading women of the Italian Renaissance as a major cultural and political figure. She was a patron of the arts, including Titian and da Vinci.  She was also a leader of fashion, whose innovative style of dressing was copied by numerous women, including the Balzo headdress. The poet Ariosto labelled her as the “liberal and magnanimous Isabella”,  while author Matteo Bandello described her as having been “supreme among women”. This talk by Sarah Dunant, an established TV presenter and BBC broadcaster and superb speaker.

Sarah is a novelist, broadcaster and critic.  She has written 13 novels, the last 5 of which have been set within the Italian Renaissance.  She lectures around the world.