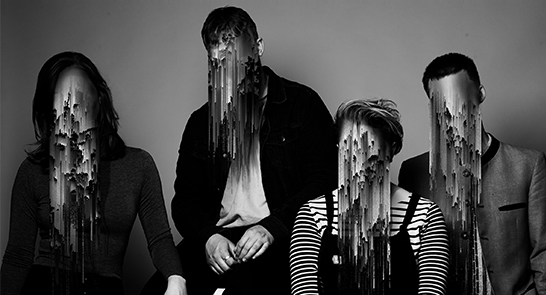 Enjoy a weekend of atmospheric concerts in the 1000-year-old St Stephen’s Church on Exeter’s High Street.

When you listen to Another Sky, its probably Catrin Vincents voice thatll catch your attention first. It is a weapon  peculiar, androgynous, lurching and defiant  that she wields to beautiful, evocative effect.

Catrins unusual vocals certainly caught the attention of her future bandmates  drummer Max, bassist Naomi and guitarist Jack ­ when they were studying music together at Goldsmiths University. Before they came together to form Another Sky (which is named after an Emily Dickinson poem).

Their varied but complimentary tastes helped create their inimitable sound. Max was inspired by electronic artists such as Four Tet and Bonobo; Naomis bass lines were influenced by Mutemath and Radiohead; Jack drew from bands like Coldplay and Talk Talk, and Catrin most connected to storytellers like Joni Mitchell.

Channelling the brooding atmospherics of Radiohead and The xx, but with a little more bite and political charge, Another Skys music is dark, cinematic and richly textured. Layering ambient guitars with penetrating bass lines and anxious beats, there is a thrillingly haunting quality to it.