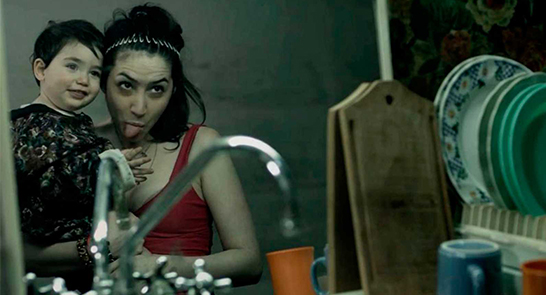 Introduction and Q & A with Delphi May, PhD candidate in Spanish Cinema, Universities of Exeter and Reading.

This fifth film from writer/director Berneri is a superbly well-told tale of a young mother working as a prostitute in Buenos Aires. Winner of Best Director and Best Actress at the San Sebastian International Film Festival, the film portrays a proud young woman doing her best for her infant son, with the beautifully naturalistic performance enhanced by the real-life mother-son relationship.

Working conditions sometimes force Alanis into difficult and dangerous scenarios, but she is cast neither as a victim nor a weak woman. The deliberate lack of judgement of the oldest profession is refreshing  with interesting reflections of the female archetypes of virgin, mother and whore  set in a country where prostitution is legal but brothels are not.