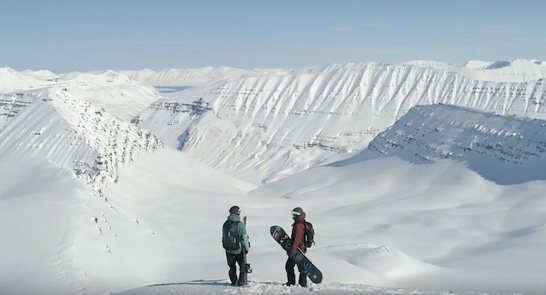 A LAND SHAPED BY WOMEN follows director Anne-Flore Marxer and Aline Bock as they adventure to Iceland, inspired by tales of gender equality. Wanting to dig deeper into Icelandic womens mindset while combining it with their love for the mountains and the waves their adventure unfolds.

Playing in the mountains, in the waves or under the spectacular northern lights, they introduce viewers to the iconic Icelandic women they met along the way. Empowering women and bringing a feminine narrative to the outdoor practice, it brings gender equality in the front of the debate.

A journey in search of adventures, unexplored shores and empty Mediterranean waves. Exploring some of the most secluded places and living with an almost zero carbon footprint this is a surf-film about our small Ocean, the cradle of civilisation and a reflection on living a simple lifestyle in symbiosis with nature.