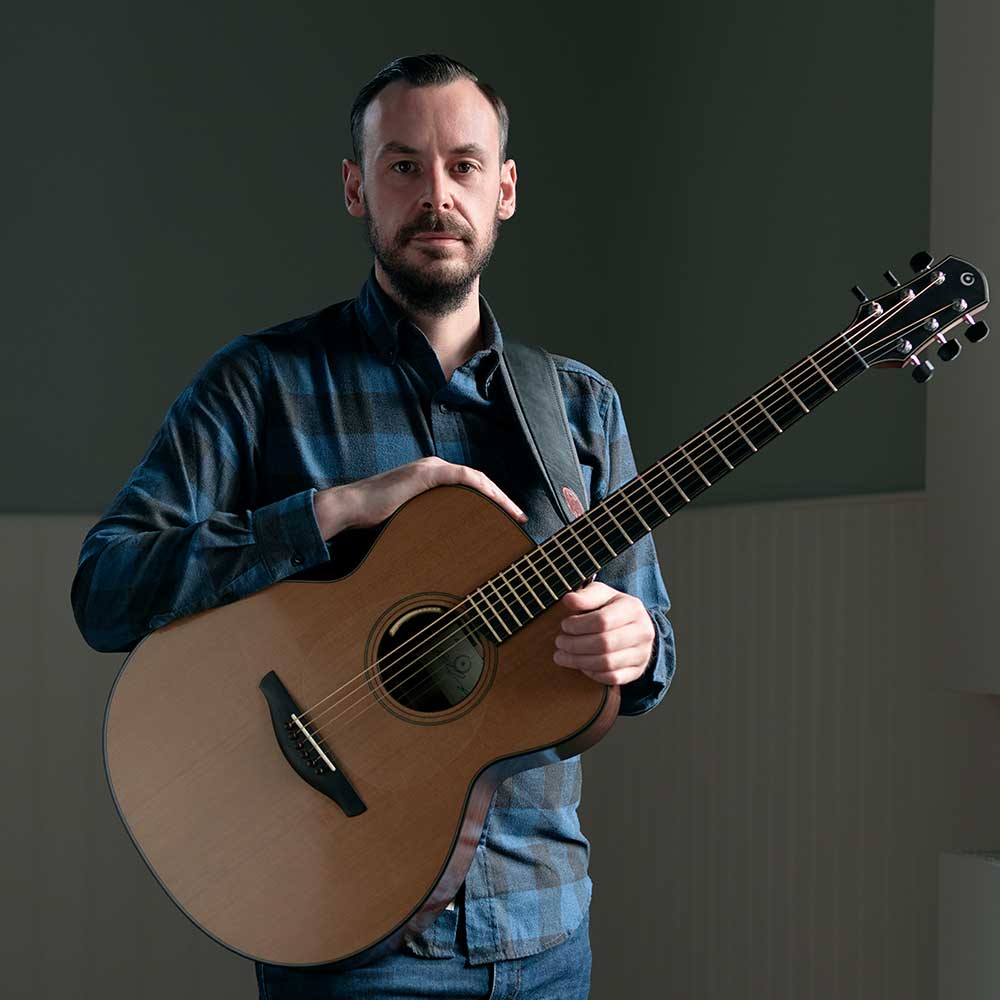 In the ten years since winning Best Newcomer at the 2010 BBC Radio 2 Folk Awards, Sam Carter has earned a reputation for vivid, narrative-driven songwriting and captivating live performances. Having made a spell-binding appearance on ​Later… with Jools Holland ​in 2012, Sam has gone on to tour the world, sharing stages with some of the finest guitarists and songwriters, including Nic Jones, Martin Simpson, Richard Thompson, and Chris Wood.

Following the release of his last album ​How The City Sings​,​ ​Sam embarked on an extensive album release tour with his most ambitious live line-up to date, including shows with Folk Award-winning fiddler Sam Sweeney and pianist Neil Cowley (Adele, Neil Cowley Trio).

Images of overwhelming floods, rising tides, and conflict-stricken seas sit alongside tales of love and loss, alluding to the search for a sense of belonging and stability in unfamiliar territory.