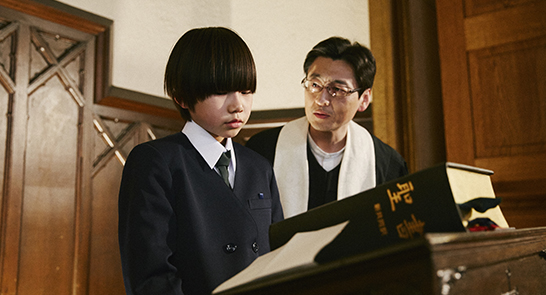 Having relocated from the big city to a rural town, timid Yura (SATO Yura) feels isolated in his new Christian school. Initially sceptical of the new worshipping practice, he begins to have apparitions of a tiny, mute Jesus who seems to answer his prayers. But he should be careful what he wishes for

This one-off special will be served from 7pm until 8pm. Enjoy this meal after the 6pm screening of Bento Harassment or before the Jesus screening at 8.15pm.