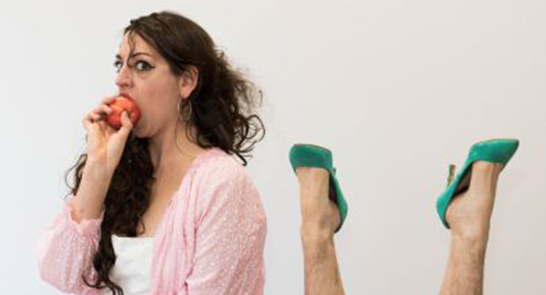 Jacqueline Saphras collection from Nine Arches Press, All My Mad Mothers, was shortlisted for the 2017 T.S. Eliot Prize and in the same year A Bargain with the Light: Poems after Lee Miller was published by Hercules Editions. She lives in London and teaches at The Poetry School.

Melanie Brantons first collection of poetry is My Cloth-Eared Heart (Oversteps Books, 2017); her second will be published by Burning Eye in late 2018. Her full-length poetry show has been showcased at the Edinburgh Fringe and she represented Bristol at the Superheroes of Slam 2017 national finals.

Michelle Madsen is a poet, theatre maker, activist and investigative journalist. From giant salad tosses to interpretive haiku to compulsive mountaineering, Michelles work uses the absurd, the unexpected and the subversive to question power, privilege and the structures we live by.