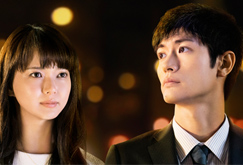 Filmmaker Nobutomo begins to notice gradual changes affecting her nonagenarian mother. Turning the camera on her parents life, she presents an intimate portrait of the highs and lows of a family living with Alzheimers and the reality of geriatric care in Japans super ageing society.