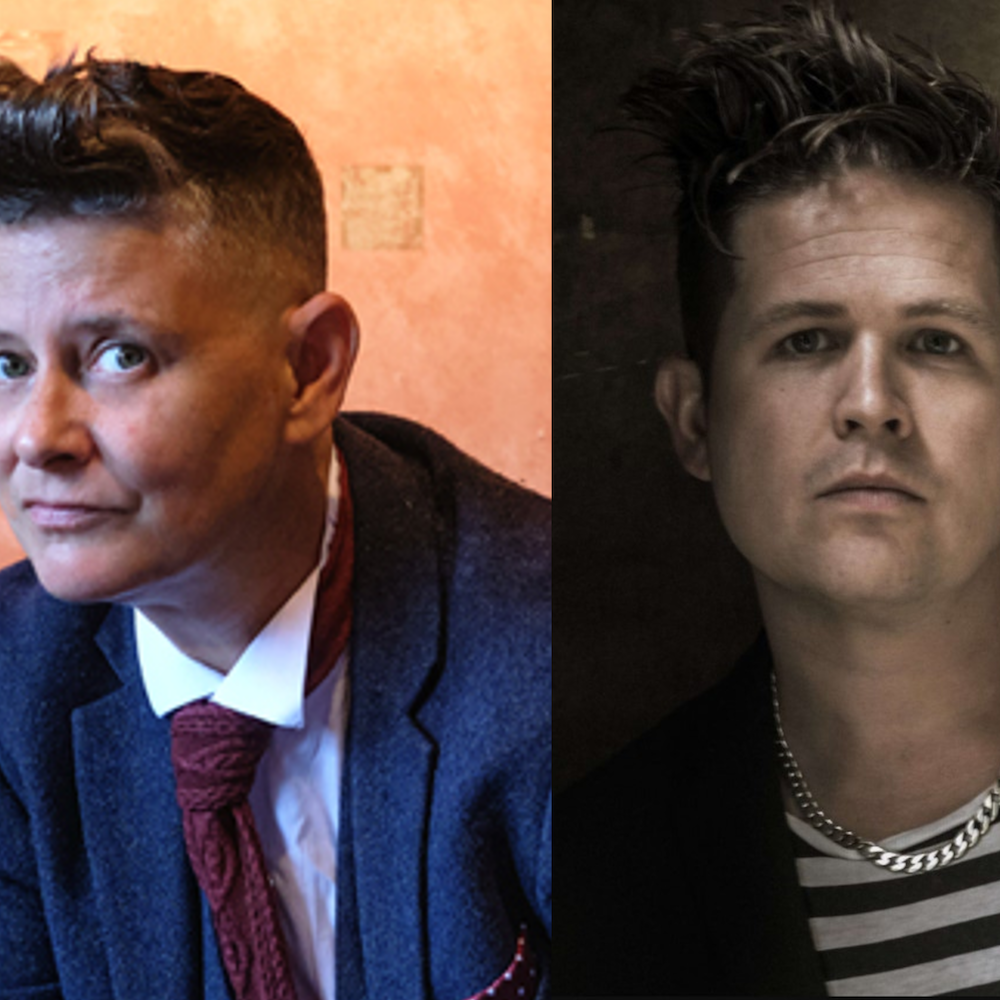 Joelle Taylor is the author of four collections of poetry. Her most recent collection C+NTO & Othered Poems (Westbourne Press) won the 2021 T.S Eliot Prize; and is the subject of a BBC Radio 4 arts documentary Butch. She is co-curator and host of Out-Spoken Live, resident at the Southbank Centre, and the current editor of Out-Spoken Press. She has recently completed a book tour of Australia including Sydney Opera House (March 2022). C+NTO is being adapted for theatre. She is completing her memoirs for publication in 2023, as well as a novel of interconnecting stories, The Night Alphabet.

Flamboyant, political and riotously funny, Luke Wright creates inventive poems with loads of heart. Part Essex wide boy, part dandy fop, he writes from the sidelines about small-town tragedies and national farce, then performs his work with snarl and spit. Since 2006 he has written and performed ten spoken word shows and two verse plays, touring them to literary and arts festivals from Australia to Scotland via Hong Kong and Bruges.He’s won a 4Talent Award, a The Stage award, a Edinburgh Festival Fringe Award, a Saboteur Award, and had his work featured on the BBC, Sky Arts & Channel 4. “One of the funniest and most brilliant poets of his generation.” – Johann Hari, The Independent

Get into the festive spirit with some traditional Christmas carols performed live by the iconic Exeter Railway Band!

Plus, the original Mrs Clause; the award winning songstress, comedienne and canny Valley Gal, BopaRhys will be spreading her legs & some Christmassy cheer with songs, jokes & stories