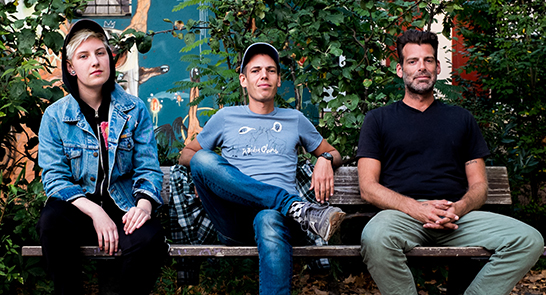 Jeffrey has done tours in Europe and America and Australia and Asia and elsewhere (averaging over 100 gigs every year since 2001), as well as sometimes playing as the opening act for bands like the Mountain Goats, Daniel Johnston, Stephen Malkmus & The Jicks, The Fall, Pulp, Roky Erickson, The Vaselines, Adam Green, and other luminaries.

Jeffrey has released seven critically acclaimed albums on Rough Trade Records, in addition to albums on other labels (like K Records and Don Giovanni), and Jeffrey continues to self-publish his art and writing in an ongoing underground comic book series called Fuff.

‘[Jeffrey Lewis is] The best lyricist working in the US today.’
JARVIS COCKER (PULP)

‘One of our cleverest, hardest-working, most underrated songwriters’
MAGNET