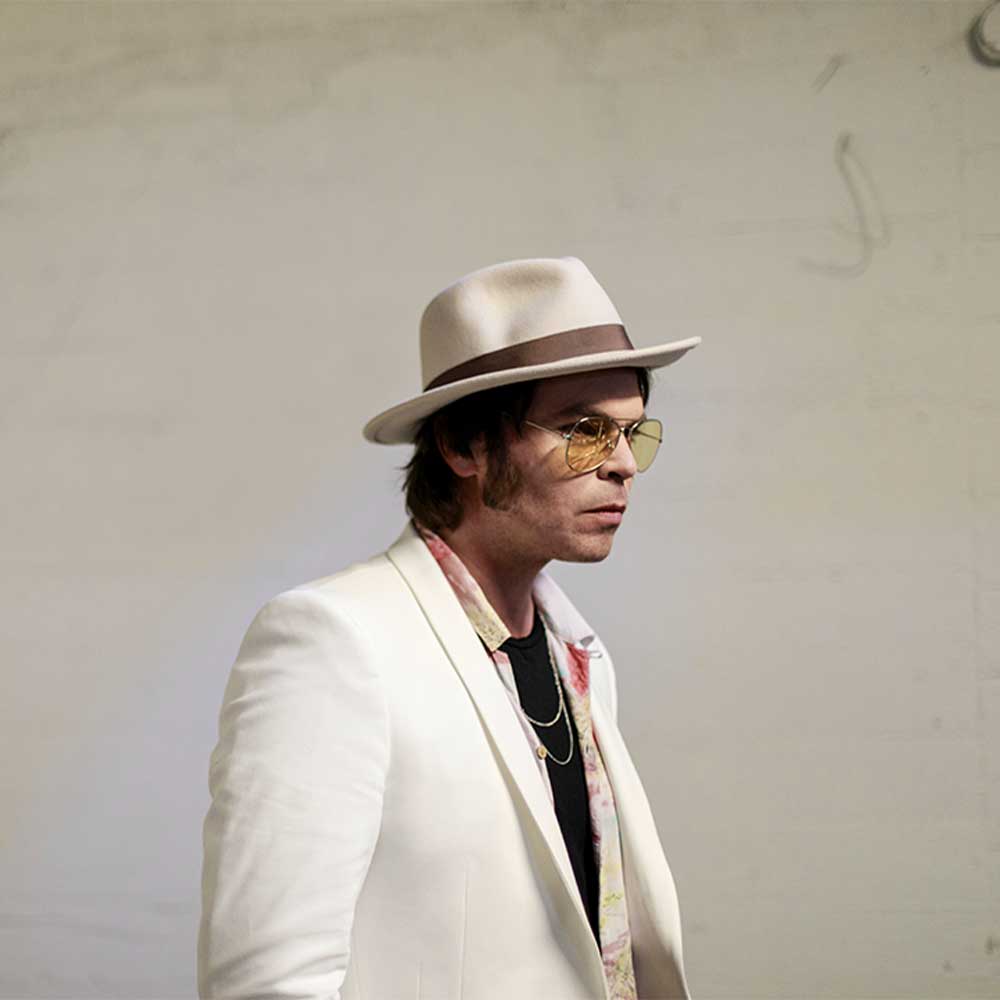 This event was originally scheduled for Thu 13 Jun has been postponed to Thu 20 Jun due to COVID-19. Tickets bought for the original date remain valid.

Seventeen years in the same band, and you can start to forget things. Gaz Coombes is recovering a feeling – the moment you first realise that music can give you goose-bumps, make your hair stand on end. He got it aged fourteen, and he’s getting it again now. It was a ‘new emotion‘ he recalls. ‘Like nothing I’d felt before, and it would choke me. I was always in tune with that feeling, but never quite brave enough to explore it myself’.

For nearly two decades with Supergrass, Coombes came to embody the oddball end of British indie and Britpop. But it is through his solo work that he has found himself. With his 2015 album Matador, he presented a new musical identity: wide-screen, emotional, cinematic and full of artistic surprises. It earned him a Mercury Prize nomination. ‘With Matador I almost got it right‘ he says. With World’s Strongest Man, Coombes brings that solo self into dazzling definition.

There’s more space and light in the music, which takes its Motorik drive from Krautrock (first single, Deep Pockets, is surreal night-time car journey) and its subtle soundscapes from introspective West Coast hip hop. Lyrically, he points the searchlight inwards to explore what it means to be free and doing life on your own terms. But this is an album more outgoing than its predecessor with a greater variety of moods than we’ve heard from him before.

‘A bastion of British songwriting.’
THE GUARDIAN

‘A serious and fascinating artist’
MOJO