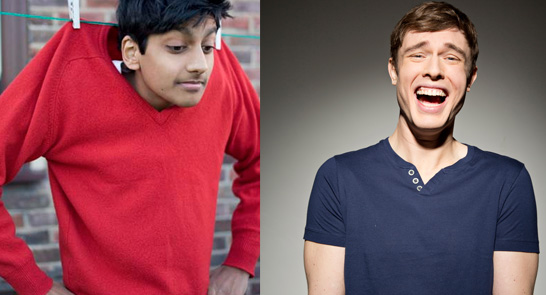 Gamble wops out his debut solo effort. Essentially its a great guy (Ed) delivering funny humour through a pretty sweet ass microphone/speaker set up. You may have seen him as one of the idiot double act & iTunes chart toppers Peacock & Gamble, but this time it is just him (Gamble.) He supported Greg Davies on two national tours, hes been on Russell Howards Good News (BBC3) twice, and hes a Double Chortle Award nominee for 2014, so do drop by if thats your bag.

Ahir Shah is a comedian whose sharp, intellectual brand of stand-up features a blend of emotional frankness, poetic language, and jokes. His most recent stand-up show, Anatomy, was described by Fest as being as thoughtful and compelling a show as you’re likely to come across at the 2013 Edinburgh Fringe. Here, Ahir presents a collection of new material in preparation of his next solo hour of stand-up. (Almost all of it will have been previously tested in comedy clubs over the last couple of months, so there’s no need to worry unduly.)

‘Charismatic and of rewardingly cerebral approach’
THE GUARDIAN